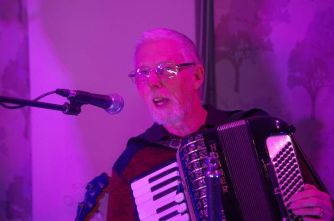 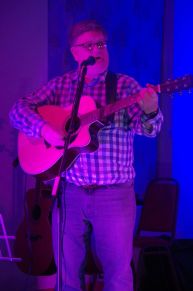 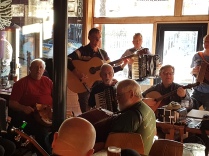 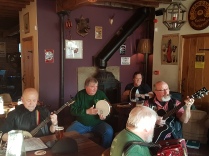 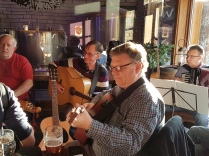 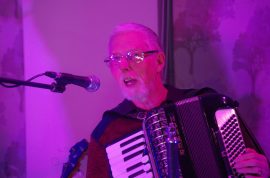 Classic John stance, me in my lucky shirt 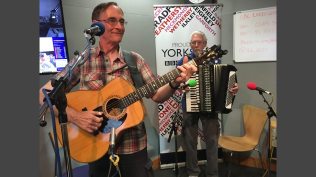 Jimi in a world of his own, Dave surprised at John’s new words he’s just made up.

Ok we are enjoying the pressure, nice haircut Jimi 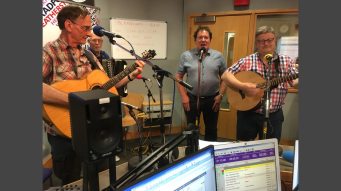 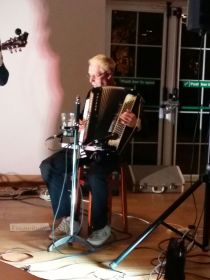 Think I’m on drugs or something…. 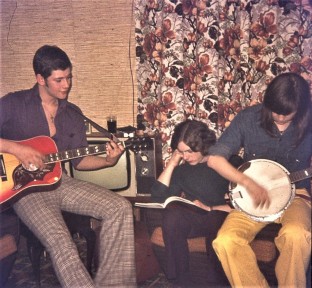 Hmmm, bored or learning the words? 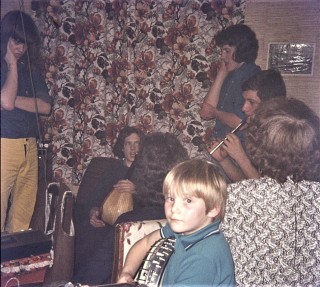 Singing away! Not sure who young banjo player is – Dave Calvert in an earlier life maybe?

And the next verse is….

Malcolm’s doing all the hard work, whilst me and John are pulling funnies and Dave is praying to the foot God! 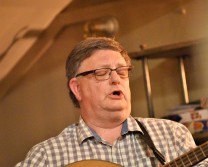 Think I left my teeth at home 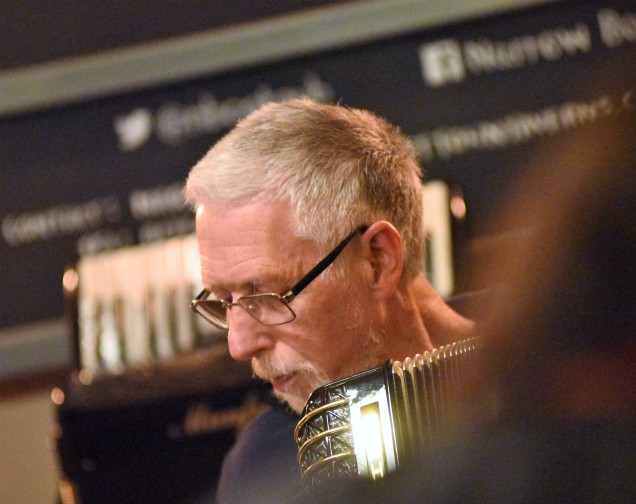 You can sit quietly in the corner Malcolm, but you can’t hide! 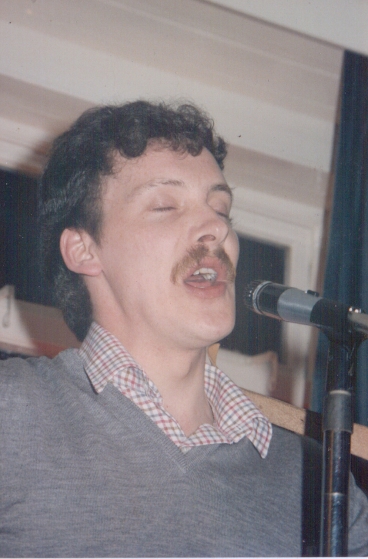 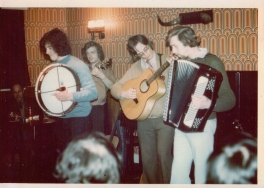 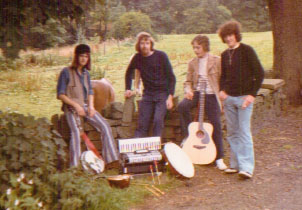 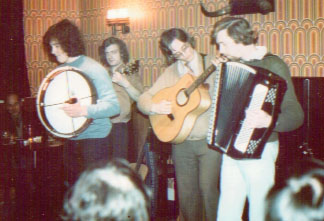 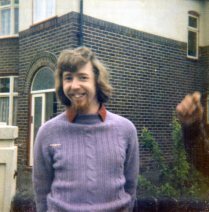 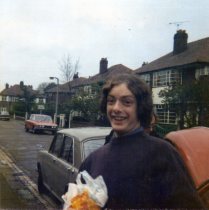 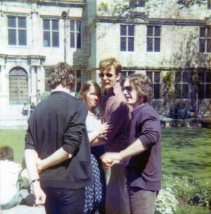 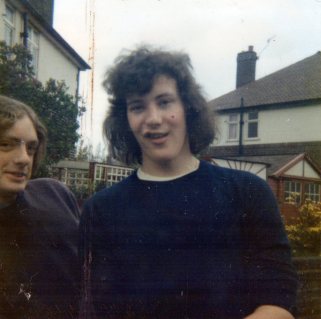 Elvis has left the building… 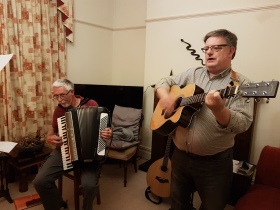 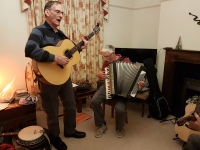